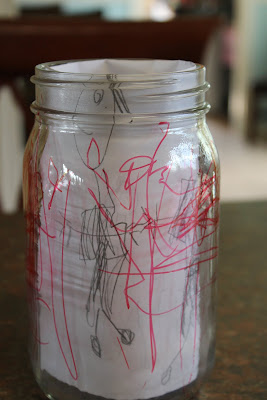 The well known story of Shadrach, Meshach, and Abednego is found in Daniel 3. Daniel and his friends have become targets for the other "wise men" in Babylon because of the success the Lord has given them. Therefore, the others desire to kill the Israelite advisors. The Babylonions seize the opportunity when King Nebuchadnezzar builds a huge statue as a tribute to himself and his victory. The King demands that everyone bow and worship the statue, when signaled. However, Shadrach, Meshach, and Abednego know that the LORD God is the only one worthy of worship, so they refuse to bow to a statue. As punishment, they are thrown into a huge furnace filled with a raging fire. The Bible tells us the fire was so hot that even the gaurds throwing the men into the fire are scorched. However, when the King looks into the furnace later, he not only sees the three Israelite men walking around unharmed, but also a fourth man is in the furnace with them, WOW! The King brings them out and demands everyone to honor the God of Shadrach, Meshach, and Abednego. 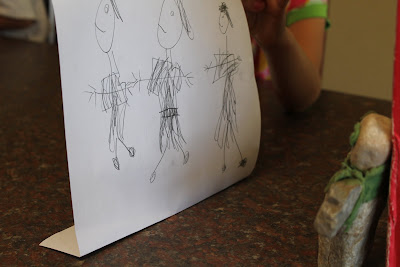 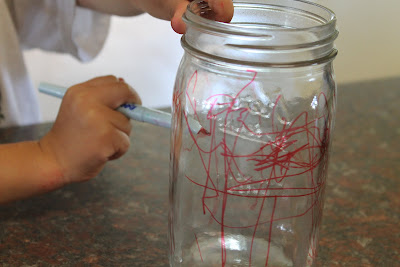 Today we tried a different activity than we have done in the past. Both Von and Alyse drew pictures of the three Israelites on a piece of paper. Because Knox is three and just learning to enjoy drawing, he got the job of creating fire. He used a red wet-erase marker and covered a large (quart size) mason jar with "fire." You can use a dry-erase marker or even a regular washable marker with varying results, just be sure to test it on the bottom and make sure it will wash off after the activity. Anyway, we acted out the story with Shadrach, Meshach, and Abednego refusing to bow to the "statue." Then we rolled the paper so it would fit inside the jar. It looked like they were on fire. We added a fourth guy to the jar, and remarked that they did not look burned!

THE POINT? God has the power to protect his people in any way! We should worhsip him only.
Posted by Sunshine at 1:22 PM 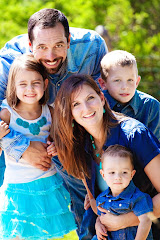